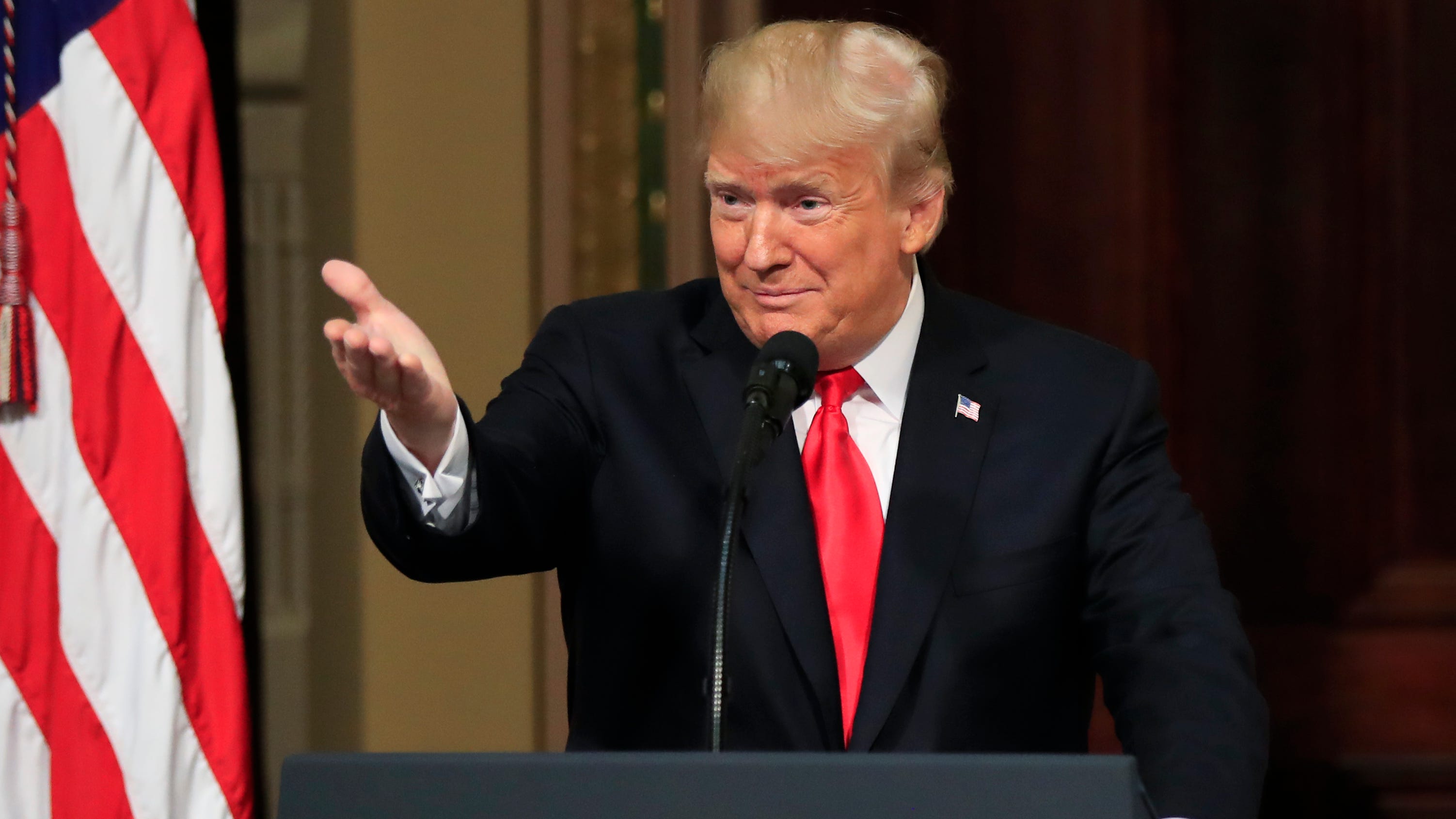 In four years, President Trump has made great strides in several areas. This includes foreign relations, energy independence, and tax cuts. This article outlines his accomplishments. To be sure, this list is not exhaustive. But we’ve included some of his greatest accomplishments.

President Trump’s accomplishments in his first four years in office have been many and varied. First of all, he has signed three bills benefiting Native Americans, including the one that provides compensation to the Spokane tribe for land lost during the oil spill in 2011. Additionally, he has signed a law establishing the Space Force and made animal cruelty a felony.

Another accomplishment was the reauthorization of the Perkins CTE Act, which authorizes more than $1 billion annually to states for vocational and technical education. This bill also encourages the use of 529 college savings plans for elementary and secondary education. And the President has made several other landmark decisions, including reducing the threat of ISIS and securing permanent funding for the 9/11 Victim Compensation Fund.

The president’s policies are also helping the economy. He has imposed tariffs on China for its forced technology transfer, intellectual theft, and chronically abusive trade practices. He also took actions to combat the opioid epidemic, including implementing the Right-To-Try legislation to allow terminally ill patients access to experimental treatments. Further, the President has enacted legislation to improve the National Suicide Hotline and signed a law advancing pediatric cancer research. Further, the Tax Cuts and Jobs Act has increased the maximum child tax credit by more than two-thirds, raised income limits for the elderly, and created a new tax credit for families with other dependents.

The President has also reduced prescription drug prices. Before he took office, drug prices rose by 3.6% per year. However, since his inauguration, drug prices have fallen by an average of 1.1% in the last ten months. In addition, he has created a White House VA Hotline to help veterans and disabled service members. He has also made VA employees accountable for poor performance, and more than 4,000 employees have been demoted or suspended.

Progress made in foreign relations

President Trump’s first 100 days in office have produced many major changes for US foreign policy. Domestically, he has cut corporate tax rates, reformed the federal judiciary, and imposed tough immigration restrictions. Abroad, he has cut back on international agreements and forged closer ties with Israel and China.

While Biden has criticized Trump’s unilateral approach, he has also called for the US to seek greater cooperation with its allies and multilateral institutions while increasing pressure on China. On the Middle East, Trump has been a willing partner for Israeli Prime Minister Benjamin Netanyahu. The US has recently moved its embassy to Jerusalem and recognized Israeli sovereignty over the Syrian Golan Heights. In October, Trump announced that he would not certify Iran’s compliance with the Joint Comprehensive Plan of Action, the 2015 nuclear deal between the United States and world powers.

Trump’s approach to North Korea has divided observers, with some claiming that Trump’s approach bolstered Kim’s domestic power. In contrast, South Korea’s President Moon Jae-in has urged Biden to build on his administration’s successes while learning from mistakes. In addition, Trump has overseen the withdrawal of US troops from foreign countries. He recently pulled out 700 troops from Somalia.

One important piece of foreign policy that President Trump has made is to impose tariffs on imported steel and aluminum. These tariffs will hurt China’s economy, but the Trump administration will exempt Canada and U.S.-aligned countries. The other major step in his foreign policy is his meeting with North Korean leader Kim Jong Un. The summit is supposed to focus on denuclearization.

President Donald Trump announced a major change in the way the country approaches energy. Just months after taking office, he spoke to the Energy Department and listed a series of steps to increase the nation’s energy production and reduce our reliance on foreign oil. President Trump said the country must tap into the untapped energy reserves in the U.S., remove regulatory burdens, and promote the development of natural gas.

First, the president revived the Keystone XL pipeline and opened the Arctic National Wildlife Refuge to oil drilling. While environmental activists and Native groups are opposed to this, many Alaskan politicians support the drilling because of the jobs and revenue that will be generated. The president is making progress on these goals.

Second, the administration’s efforts to reverse the global warming and climate change-related regulations have had serious consequences for the country. In 2017, President Trump announced that the U.S. would withdraw from the Paris Climate Accord in 2020. This withdrawal has serious implications for international efforts to fight climate change. In addition, the administration has scrapped Obama’s fuel efficiency standards, which will increase the consumption of oil by two billion barrels of oil. And third, the fracking boom on four million acres of federal land continues.

Energy-independence has long been discussed by politicians, but its implementation is not yet a reality for the U.S. Since our country relies heavily on foreign oil, energy independence remains a long-term goal. In 2020, the United States produced more petroleum than it consumed. The nation’s oil supplies are located in an unstable region, where geopolitics will continue to thrive. As long as we continue to use foreign oil, energy independence will only increase our dependence on foreign oil and not promote stability in the Middle East.

One of President Trump’s signature accomplishments is his tax cut legislation, which was passed with only Republican votes. The tax plan lowered rates for individuals and businesses and created new incentives. It also increased the standard deduction and increased the estate tax exemption. While Republicans praised the plan, Democrats criticized it as a giveaway to corporations.

The tax cut bill passed the Senate on a party-line vote, and the House passed it later that month by a 224 to 201 vote. No House Democrats voted for the bill, and only 12 Republicans opposed it, including those who represented high-tax states. But many Democrats were disappointed with the outcome of the tax reform, and Trump’s supporters should not count on his tax plan to save them money.

The tax overhaul is the most sweeping tax overhaul in 30 years. While supporters claimed that the tax reform would give the middle class an economic boost, critics argued that the changes would only benefit multinational companies. In reality, the tax bill’s benefits mainly went to the wealthy shareholders. Nevertheless, it has created a favorable environment for businesses and consumers. With the tax cuts, more Americans are expected to save more and invest more.

The Tax Cuts and Jobs Act has also helped businesses save money by allowing them to write off equipment and other expenses. The result has been increased investment, which should result in higher wages for workers.

President Trump’s recent NAFTA reforms are a major victory for American manufacturing. They include rules that will allow more goods to be manufactured and shipped between the U.S. and Canada, while keeping labor standards high. As a result, many business leaders believe USMCA will result in fewer job losses for U.S. manufacturers. Also, the new rules will open up more Canadian markets, which will benefit the U.S. agriculture industry, which has long been restricted from exporting dairy. In fact, nearly one-third of U.S. agricultural exports to Canada and Mexico will increase after the reforms. According to the ITC, exports to both countries will increase by 1.1 percent after the USMCA is signed.

The reforms also prevent illegal immigration from coming to the United States. Mexico has already deployed tens of thousands of soldiers to secure the border and crack down on illegal aliens. They’re also ending the practice known as “Catch-and-Release,” which allowed illegal aliens to enter the country pending removal or future hearings. Those who are removed are sent back to their countries.

Critics of NAFTA say that the pact has harmed the U.S. economy and put a strain on domestic manufacturing. Research from the University of California, San Diego found that competition with China has negatively affected manufacturing jobs in the U.S. since 2001, and that this effect has intensified after China joined the WTO. In fact, the steepest decline in manufacturing jobs is due to trade with China and underlying technological changes.

President Trump has signed numerous bills that will improve the Veterans Affairs Department. These include an executive order that will increase mental health treatment for veterans, as well as a Veterans Accountability and Whistleblower Protection Act. These laws will help the VA fire employees that aren’t doing their jobs and protect whistleblowers. The President has also signed the Veterans Appeals Improvement and Modernization Act, which will streamline the appeals process for veterans.

One of Trump’s signature initiatives to reform the VA is the creation of an office of accountability. The office is a hallmark of his effort to improve the VA, but its success in improving the department has been questioned. In the past two years, the office investigated 389 complaints and recommended action against seven leadership staffers. However, previous watchdog reports found the office ineffective in its role to protect whistleblowers.

Was Trump a Genius?

Donald Trump is a polarizing figure. Despite this, some aspects of his presidency have been hailed as genius. Trump has made some brilliant decisions, while others have been more of a marketing ploy. He’s still on the 26th floor of the Trump Tower, trying to persuade the public that he’s on their side.

It’s hard to explain why Donald Trump is obsessed with IQ. It’s impossible to pin down exactly what his motivation is, but it is thought to be related to his desire to present himself as intelligent and successful. Trump is also prone to a thin skin, and he often fires back at critics with a barrage of insults. He builds himself up while defaming others. 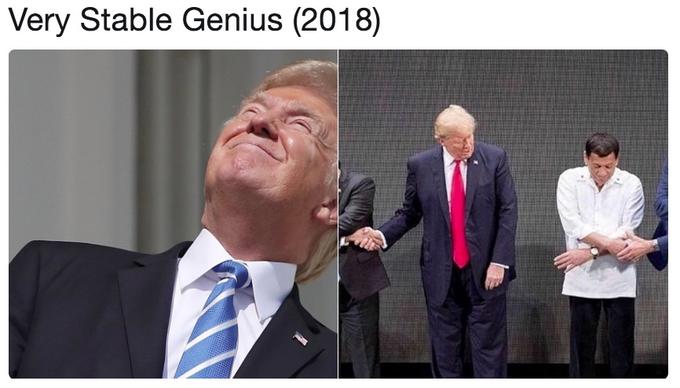 His black-and-white view of intelligence

The black-and-white view of intelligence that Donald Trump promotes is an antiquated trope. In 1983, Howard Gardner proposed the theory of multiple intelligences, which stressed that people learn in different ways. Gardner also suggested that IQ tests were too narrow. Many people have also linked IQ with race, and alt-right and white supremacist groups have made that claim. Moreover, Trump has an affinity for people who graduated from elite universities.

While it’s difficult to pin down exactly why Trump is so obsessed with IQ, people who know him suspect that it stems from a desire to portray himself as a smart and competent man. The president also has a notoriously thin skin and is prone to firing back at critics with a barrage of insults. He often builds himself up while tearing down his critics.

His frequent misstatements of fact

One of the most troubling aspects of President Trump’s presidency has been his frequent misstatements of fact. His countless false claims erode confidence in our nation’s democratic process. His repeated claims of widespread election fraud, for example, were widely disproved. Yet Trump kept repeating them, and the false claim gained currency among Trump voters.

The president has made numerous false claims over the course of his presidency, and his lies are far more frequent and conventional than those of previous presidents. According to one recent study by Glen Kessler, Trump has made more than 2000 false statements during his first 355 days in office. Similarly, the Leonhardt et al. report details 103 untruths from Trump’s first 10 months in office. Trump’s false statements often involve self-contradictions, unwarranted credit-taking, and exaggerations.

His lack of understanding about military deployments

Another issue is that the president has no clear idea how to govern the use of force. He is unable to articulate coherent reasons for the use of force and has not established any policy framework that governs the use of force. Additionally, his national security team lacks the ability to speak with one voice when making public announcements.